This world and the „other world“ are „ONE“. This is what is reality – don’t let yourself be fooled any further. Towards the end of the Hallstatt period, Druidism developed, which then spread all over Europe. Celtic Europe stretched from Ireland/Scotland to Northern Italy and from Spain to Poland and Turkey. Since about 1200 B.C.E. protoceltic tribes from what is now Baden-Württemberg controlled the amber trade from the Baltic Sea to Egypt and Mycenae.

Celtic traders were even found in the Taklamakan desert. There were also very productive connections with India; the Vedas and the Druidic teachings are very similar – only the Celts lived a bit more dynamically. The Indian Kali and the Celtic Morrigan, they are the same characters and there are many more – but we are not supposed to know all that, because then it’s over with. 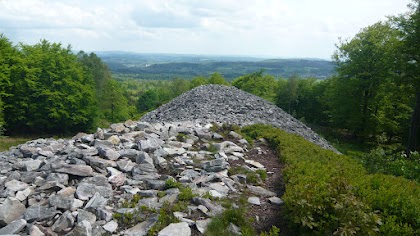 Rest of the wall of an old celtic fortress in Germany 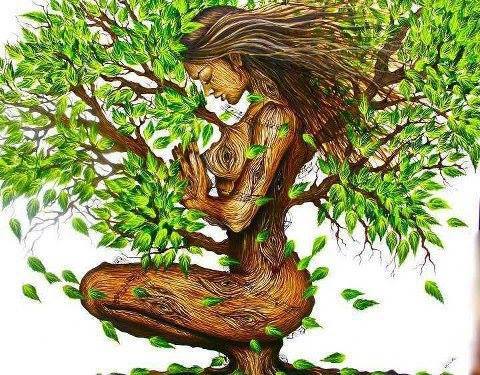 Yes, it’ll be exciting. At the moment it is the case that this time the other world is also mobilizing. Well… over time I have actually got access to the other world – but that just believes hardly anyone. O.k. – it starts with a decision for a holistic development of consciousness. Then something uncanny begins: the other world organizes your life. Then it goes underneath and over it until you get to the path you’re supposed to take. With me were in addition 2 bankruptcies necessary and still a few other conversions. Since you could start to panic. I wouldn’t want to miss any of it. Then suddenly it becomes visible what is supposed to do. And there are indeed signs and Miracles. But even that is only temporary, until you have enough faith directly together with those in the other world to work….. It’s more like a big castling…. Everything will restructured. You’re trying very hard! And that goes all the way to smallest detail! On the way you will also find aids, which facilitate communication – helps me with communication, for example a tensor, with which I can communicate clearly with them – also with trees and animals and also with other spirit beings. You can see that you are family of souls is involved. Our soul family is exactly 666 Members large – in absolute terms, therefore, very small. Of these are currently about 360 incarnate. Cooperation with the Otherworld is not limited to „spooky“ things – I work with them also in the engineering development area. In the meantime I get a direct answer to all questions – as good as it gets in to the moment – it’s really astonishing. The whole thing accelerated again when I met my twin soul – „They“ organized that as well, it went so incredibly well, no one could have imagined it. Yes, then comes the question, how do you realize that it’s the twin soul? 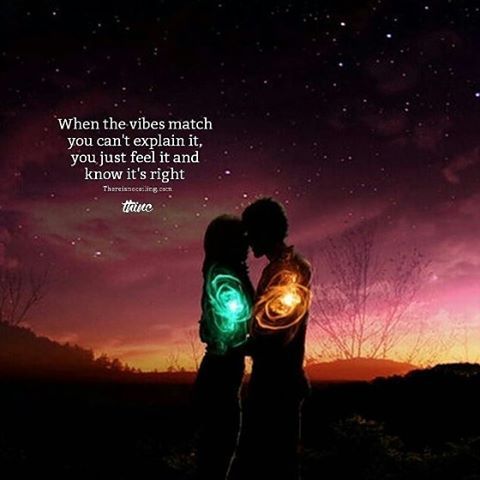 Ha ha – you notice that the first time you look into each other’s eyes. </p> And from the first meeting, all of a sudden everything was clear. We met for the first time at a small lake in the middle of an avalanche forest. That was also planned that way. Meanwhile we always meet there, because we are so closely connected with the nature beings there and the forest, you wouldn’t believe that something like that exists. They even do demonstrations for us. And yes – our connection gets more and more intense with every meeting. The other world, it’s really putting pressure now. That’s how I came to a new life task at Umuntu, a holistic project based on social entrepreneurship, where 8 people from our soul family are already working together. That too is such a complete package. First I started to build water facilities. Then I came across Fabio Hüther with Umuntu GmbH and the Umuntu-Movement, and we hit it off immediately. I am now researching and developing for Umuntu. Umuntu is situated in Kreuzlingen; I’m driving there via the B30 and with the ferry to Konstanz. https://www.umuntu.ch/ The reference to my twin soul I also got from the Otherworld, it’s one of my Facebook friends – thex shoed me up. And it’s no further now it’s surprising that she also lives off the B30. Yes – and with the Umuntu-Movement, I’ve always wanted to do something like that, but it never worked before. Too much ego in the game. And so I found out that trees, plants and animals can read our thoughts directly. We just don’t notice it because they usually don’t even doesn’t care what people think, because that’s such bullshit is. But if you’re direct with them and you’re direct with them. Then they are surprised at first – but they are very happy to have the opportunity! Yes, that’s how it starts…. Now I’m living in Berlin with my other daughter. …I built a shed on my daughter’s property. Here in Berlin I am friends with a swan family, this is the awesome. I can ask them where they are or if they want oatmeal or whatever….. And another  branch is also developing into agriculture – one of our soulmates is there Demeterbauer and I develop water systems that use silver and copper add to the water as a trace element… because that is missing everywhere and can help neutralize the effects of chemtrails. And it it is not surprising that his farm is also located on the B 30. Yes, it’s important to convey that they are part of nature – and that they cannot live without it I also get the basic information for the development from the other world – with them I can also make measurements – only with the tensor e.g. how many ppm minerals are in the water or if there are bacteria in it. Actually I can do everything a laboratory can do, also via the Otherworld. 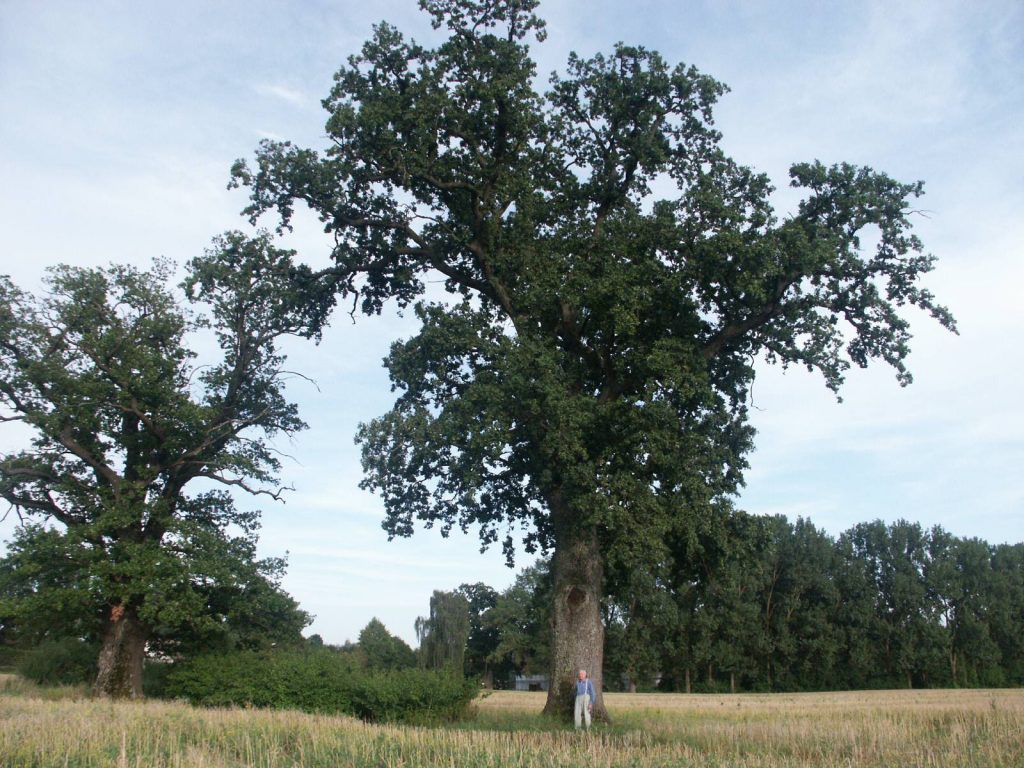 I have a big oak tree friend near the house my daughter in the Munich backcountry with five and a half meters trunk girth. When I realized I was able to talk to her when I look at a picture of her, I asked her „how are you?“ „Bad“ – she replied. There were problems with the farmer on whose field she stands – she is also under Nature conservation, and I helped her once. And then I asked if I had to come? „Yes“  she said, „urgently….“ Next time I was in southern germany  I visited her – nothing was there, she stood there nice and green and so on…. Then I asked her: „Aha, you just wanted me to visit you!“ Yes, that’s it. She had… Longing for me. A few weeks later I visited her again, because she had a black coating on the leaves. I ask her „can you handle it yourself?“ „No….“ she said „Hmmm… what do you need? Fertilizer or somthing else?“ „No….“ „Ah, You need Colloidal silver?“ „Yeah, I need that…. !“ I gave her a quarter liter of coloidal Silver, distributed in 2 watering cans. It didn’t seem much to me. But she said – that’s enough. 4 weeks later, the plaque was gone. Now she wanted colloidal Copper, that’s what I gave her, a little bottle too, that was also enough. I just don’t know what for. She needs it for her immune system. Yeah, that’s an important Trace element that is not sufficiently present in the soil. It has an even stronger effect against mould. People need it too, they say 2 mg a day. People and animals need it for the fertility and for the activity of the muscles. Without copper no force. The trees are much smarter than we are usually thinking, they know what they need themselves. Also they know exactly how old they are themselves. My oak is 370 years old. And there’s a lot more to tell. The trees want to build a large, global network. Inside any wood or evenbig Forests they are already connected directly – a kind of local network. But they want to be connected worldwide by means of an ethereal network…. And they gave me instructions on how to do that – with crystals! If one tree is equipped with it, all those who are connected locally can use it. And if you go into any forest, they show you up, to what tree the crystals shall be put on…. Rock crystals and amethysts. 3 pieces placed in the root system near the stem at the roots. One with the tip pointing downwards, one pointing outwards and one pointing inwards…………………….. 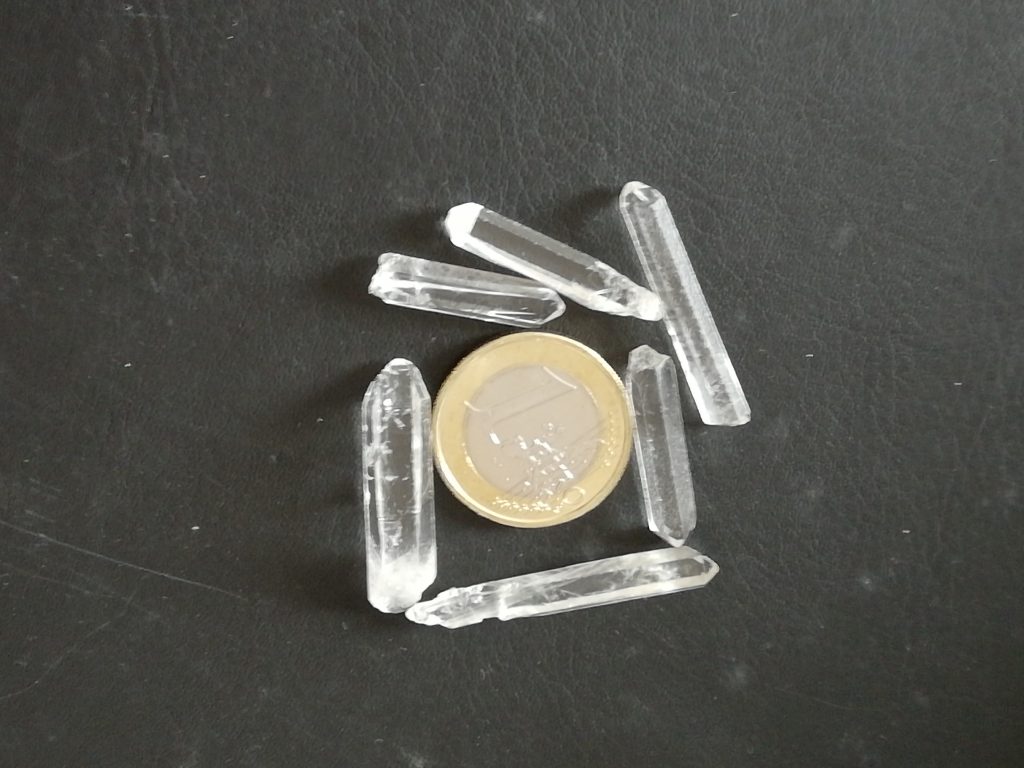 Even very small crystals are enough, but they should be activated before, at least in a singing bowl. If you do that with the tensor, the trees will tell you exactly where they want to have some. Now there is already a network from Lake Constance to Berlin . You are kindly invited, to expand it….. And we’re working on a sacred grove too…. that’s already connected. That gives all tigether a huge virtual sacred grove. The grove is also already there – We just need to fix it up. Everything from long „Hand“ pre-planned. Finally, when we are dealing with spiritual development, at some point the time will come – how the mystic Angelus Silesius writes: „Friend! Hold on! You’ve read enough! Become the writing itself – Become yourself the BEING!“ We are all part of the BEING. In modern terms, fractals. …..we are ONE with everything that IS 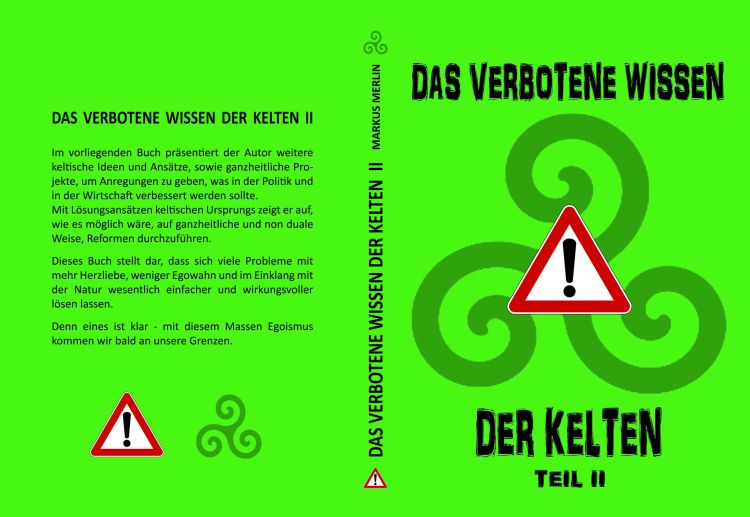 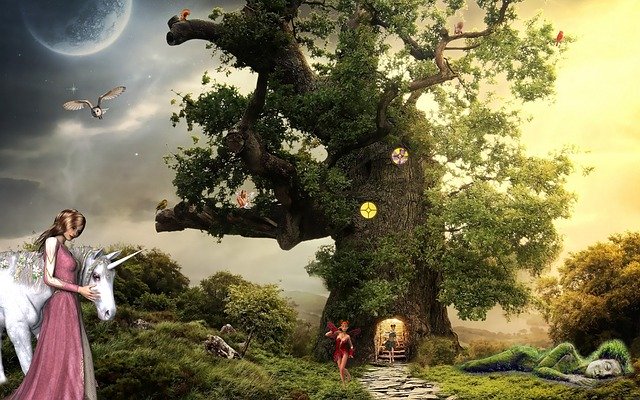